Saturday, December 21st, the DePaul Blue Demons (12-1) faced off against the Northwestern Wolverines (5-5) at Wintrust Arena. It was an up and down game from the start. The Blue Demons went on late-game 11-0 run to pull ahead of the Wolverines and beat them 83-78.

Paul Reed and the DePaul Blue Demons have been getting some major media exposure over the last few weeks. To go along with that, more fans are wanting autographs.

This young fan came prepped with a Paul Reed photo to get signed. Reed signed for him and several other prior to the game. This probably won’t be Reed’s last autograph session.

Nothing has been coming easy for the Blue Demons. It was a slow start for the DePaul offense but Jaylen Butz . He scored five of the team’s first seven points 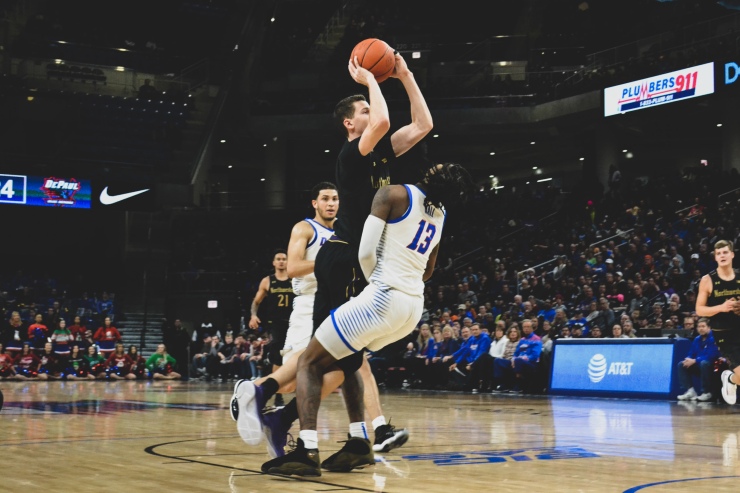 CBS Sports’ Jon Rothstein finished his Windy Roadtrip at Wintrust Arena. He was greeted with a lot of fan love and he reciprocated by taking selfies with them.

Basketball is game of runs and DePaul knows that. The Blue Demons came out ready to flip the tide with a 16-4 run o 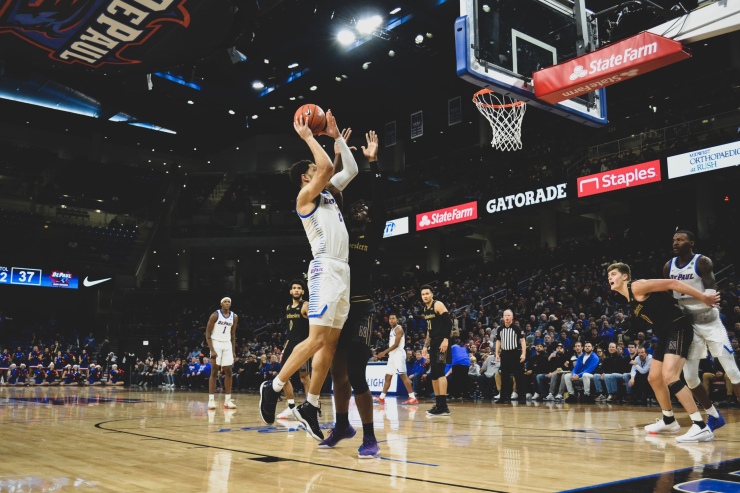 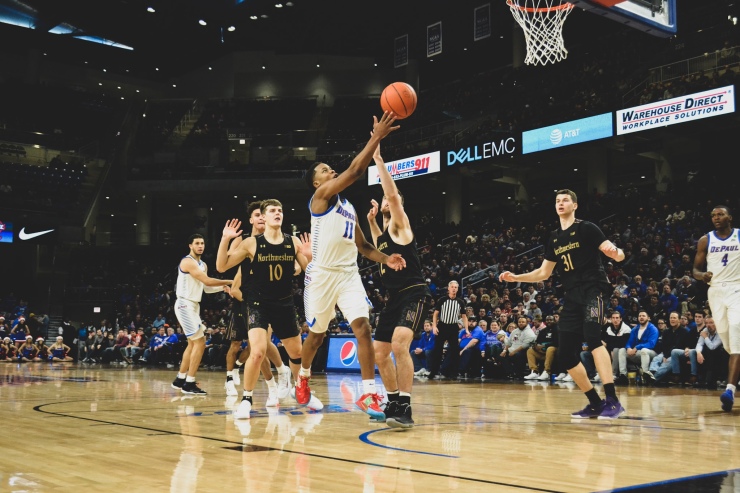 DePaul has now completed their non-conference schedule and finished with an impressive 12-1. They also own a 3-0 against the Big Ten.

After a great evening on the court Jaylen Butz became the first Blue Demon since Max Strus (2017) to win Waldo Fisher-Frank McGrath award.

Jaylen Butz and Charlie Moore followed Collins. The two combined for 49 of DePaul’s 83 points. They like the competitive nature their non-conference schedule brought them and are glad to walk out with their current record. While that is all true, both recognize the Blue Demons have to take another leap to compete in the Big East. They share the notion about their break came at “the perfect time.”